Our client Chris Christodoulou is a seasoned photographer who specialises in live performance, fine art and royalty.

With a photographic career spanning over 35 years, Chris is at the forefront of classical music photography. His unique and unerring ability to capture just that candid moment often in difficult circumstances in an unobtrusive way with the utmost consideration to the artists and audience has cemented him as one of the most trusted and respected of classical music photographers. This trust has enabled him to work with the world’s greatest conductors, musicians, orchestras and artists, where he has built-up an exceptional photographic library of the world of classical music, with iconic images of current and past performers celebrated in publications throughout the world.

His anecdotes from the Royal Opera House to Buckingham Palace are a book waiting to be written! As well as working with some of the most illustrious conductors and artists of our time, and has been trusted with capturing a visual record of intimate Royal Family events and milestones.  But going into venues like the Royal Opera House, the Royal College of Music and Buckingham Palace exposes him to some quite serious liability.

“I’ve worked at the Royal Albert Hall for 33 years, and at the Royal College of Music for 38 years where all around me are priceless instruments – anything could happen!  And if the venue you’re working in has a clause in their insurance policy requiring that all persons working on the premises must have public liability insurance cover, a failure to comply could render the venue’s insurance cover invalid, leaving the way open for them to lay the claim with the photographer.”

And then there’s the equipment: “Some venues won’t let you carry your bag round the venue in case of causing an obstruction, so we often have to leave our bags in secure areas like press rooms.  But if there’s a gap in security staffing, there are times when an opportunist thief can have a field day”.

Chris’s work has also taken him overseas to the Galapagos Islands, to international conferences and launch events. In Rome, while touring the Vatican, he was unexpectedly called upon to photograph 300 guests in St Peters Square, which meant climbing on the roof of a police Land Rover to get the shot: “Only the Pope and I have addressed 300 people in St Peter’s Square from up there!”, he says.

“As a young photographer I used to go to Sandringham on Christmas Day to photograph the Royals going to church.  We’d all wish the family a Happy Christmas – and to receive Prince Philip’s festive greetings!”

In all these situations, Chris has trusted Aaduki with his insurance – in fact, even since before Aaduki was born, when it operated under a different name – over 35 years of outstanding photography!  Why?

“With Aaduki, it’s seamless; you know where you are; they immediately understand what you’re after.  I’ve never had to call up and chase – it’s always sorted.  They always seem to have the answers, and everything’s explained by somebody who knows.  The prices are very competitive, especially compared with some quotes out there”.

“I just feel very confident with your company. Whenever you change household insurance you’re always wondering what you’re going to get. With Aaduki, you forget you’re dealing with a company, it is a relationship and you are talking to human beings.”

And in 41 years, he’s never made a claim: “I’ve had a few near misses in my time – I once thought I’d spend the rest of my life sewing diamonds back onto a gown in the Palace – but that’s story…!” 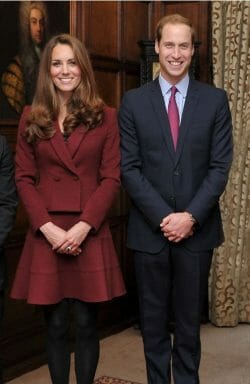